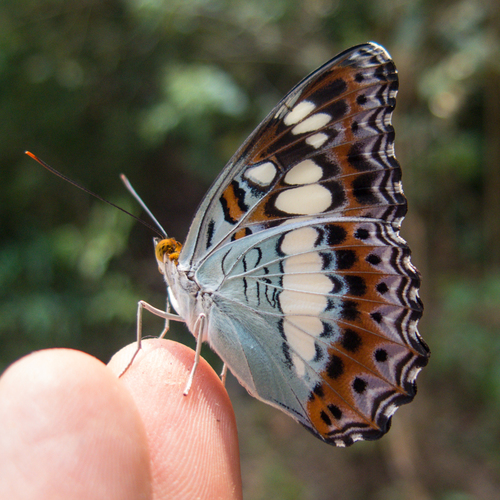 I am going to start with the final instar because it is the only one I am sure of. This is a final instar larva, seen in nature on 5 Feb 2016. I collected it and fed it until it pupated. 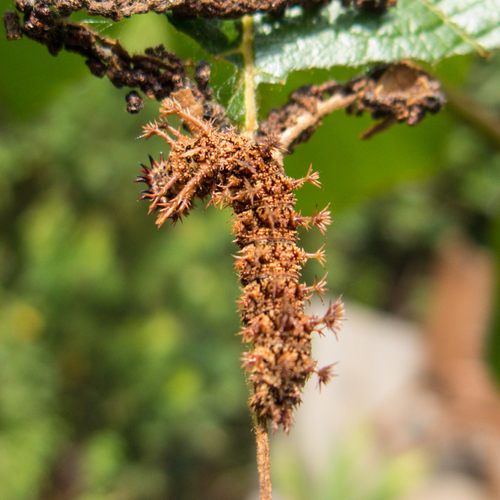 The next day, it seemed to be expelling quite a lot of silk. This might be part of its preparation for pupation but I do not know. They produce a lot of silk, when in their natural environment (more on that later). 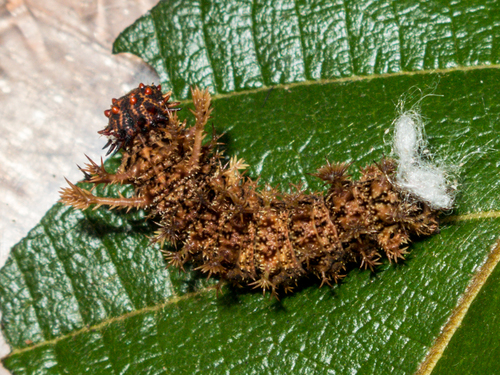 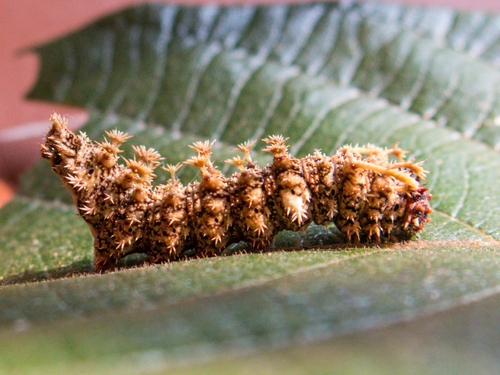 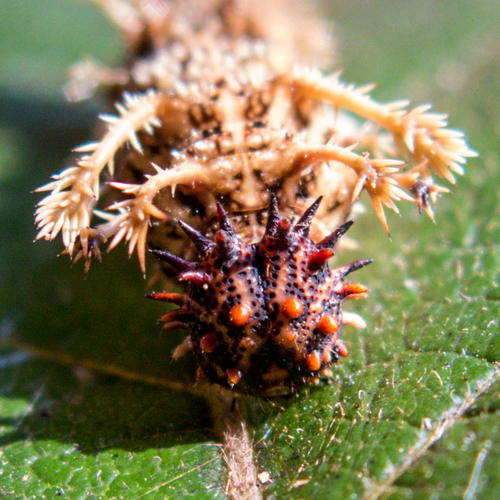 By 10 Feb, it was in the pre-pupa stage. It doesn't look much more than shed skin, but all the necessary bits are still inside. 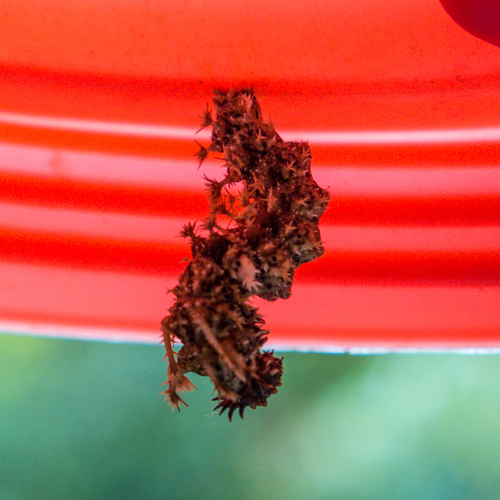 The following morning the pupa had formed. 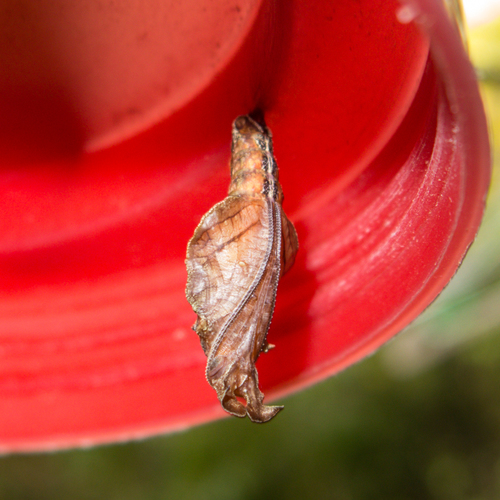 The total time from preparing for pupation to eclosure was 11 days.

The adult emerged on 20 Feb. 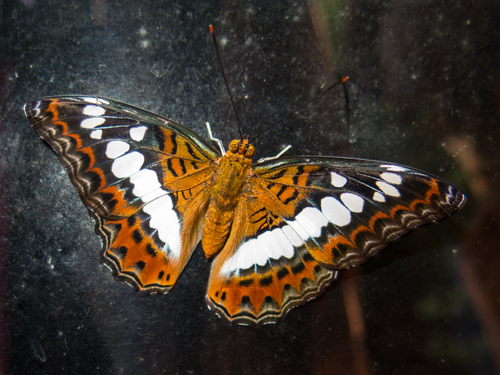 I will include some photos of earlier instars, though it unclear which instars they represent.

I think this one is probably 2nd instar. It was very small, as can be seen by the visible portion of my thumb and forefinger, and its spines are not particularly long. 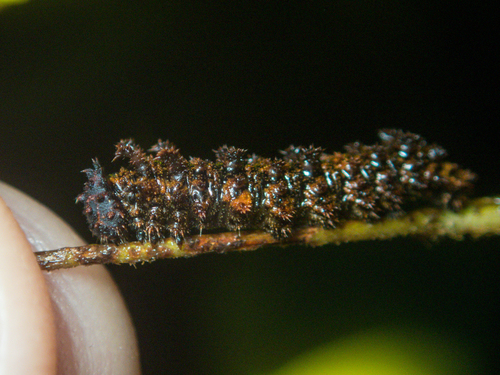 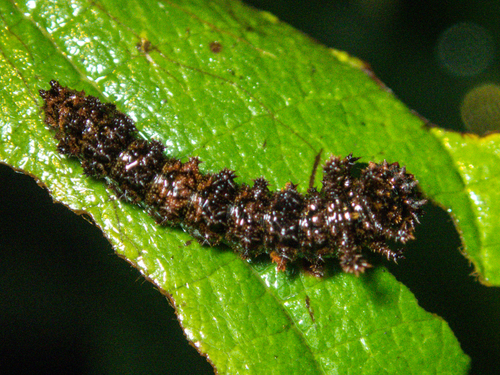 This one might be 4th instar. It shows a habit that these larvae have of spinning silk and using it to catch their frass (poop). It makes for pretty effective camouflage. This one does not look particularly different from its own frass. 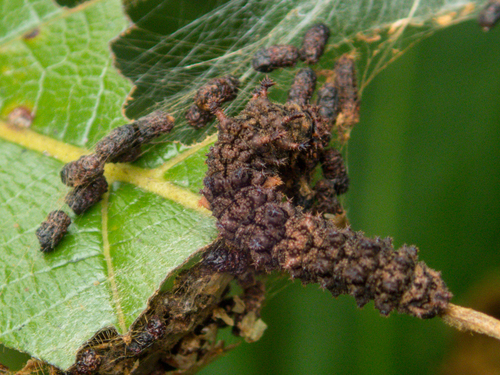 I believe the host plant to be an Uncaria sp. (Rubiaceae) but I failed to take specific photos of the plant.

If you want to see a more complete life history of this species (albeit a different subspecies), there is one available on the Butterflies of Singapore site.