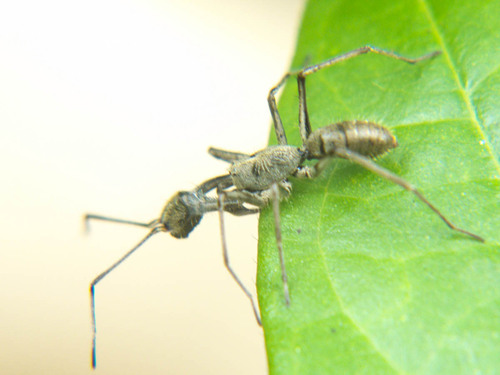 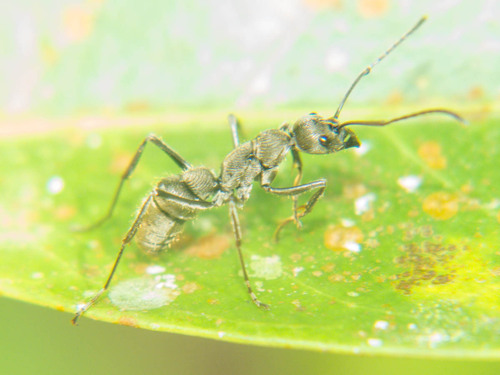 Pranburia mahannopi (Corinnidae) is an amazing mimic of Diacamma ants. It seems most likely that the evolutionary advantage gained by such mimicry is protection from predation, through predator avoidance of the ants' powerful sting. Note that the genus Pranburia is monotypic (i.e. has only one species).

The mimicry adaptions on these spiders are quite incredible. The first time I saw one, I was fooled until it started to climb vertically up a wall and it appeared that its head split open! I then took photos and discovered that it was in fact a spider. The deception is made via brushes of setae on the femur of front pair of legs. The spider holds its front legs off the ground with the brushes held together and the remain segments of the leg held apart and even waving around. This provides a quite believable impression of the ants head and antennae, particularly as each brush even has a black spot that could be mistaken for an eye.

Here's a photo that shows the legs apart, with the "head" split open: 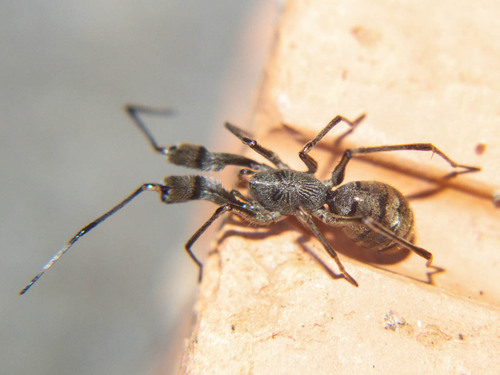 The mimicry is most effective when viewed in profile. The spider then appears to be a six-legged beast with three body segments and antennae, rather than two body segments and eight legs. The remainder of the femur together with the cephalothorax, form a pretty good approximation of the mesosoma of the ant. In my opinion, the abdomen of the spider mimics both the petiole and metasoma (gaster) of the ant. There is a black band at the posterior edge of the first abdominal segment, which can give the impression that the first segment is separate, as in the petiole of the ant. The abdomen has an additional black band, which corresponds very well with that on the metasoma of the ant. The lengths of spider's second, third and fourth pairs of legs even match very well with the first, second and third pairs of legs of the ant. 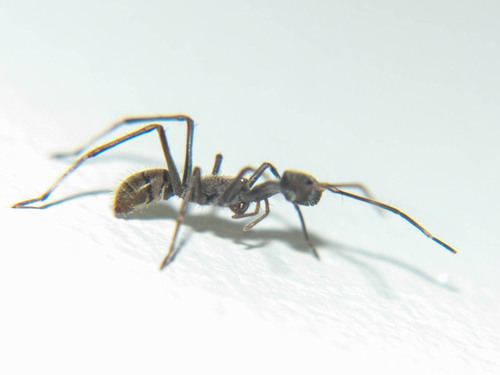 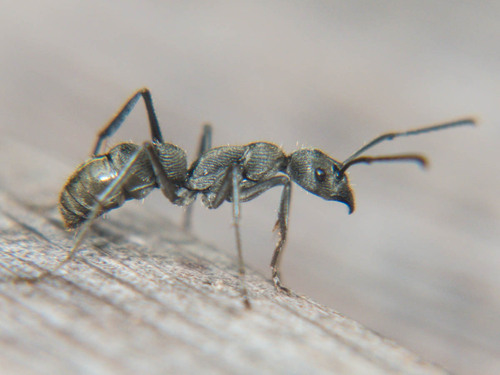