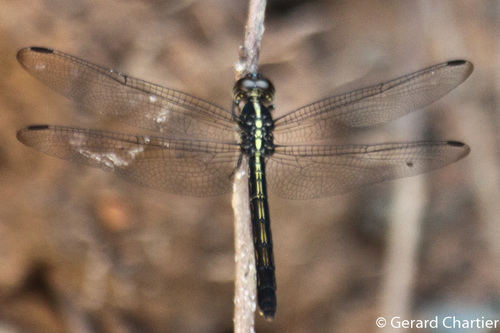 @briangooding and @oleg_kosterin, in contrast to my Potamarcha congener observation, this one appears to have some serious wing damage. I have added two cropped images, the second of which was taken two days later in the same place and appears to be the same individual, but with increased damage to the wing.

Very interesting! I wonder if it was increased stress on the wing that caused the damage or predation or something else.